Can I be jailed for drink driving? 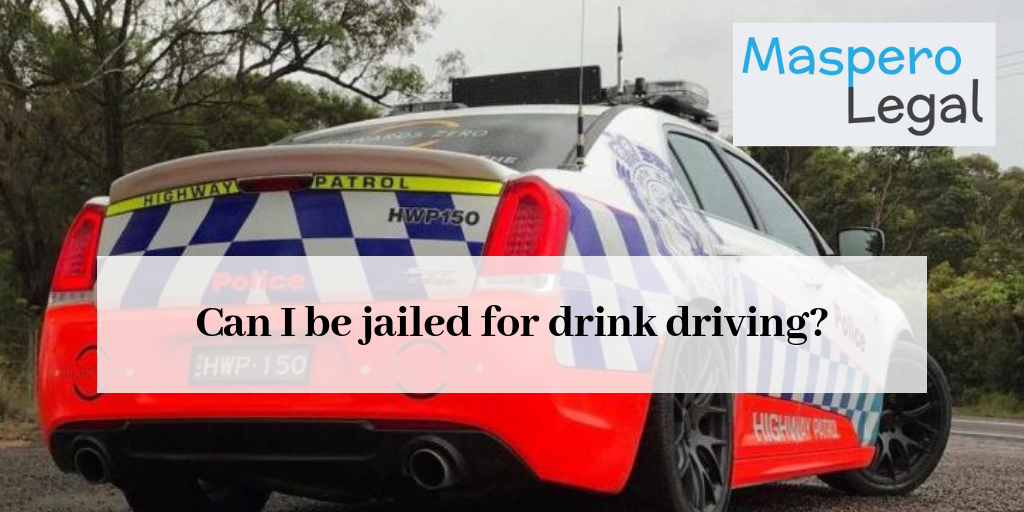 Almost all of our many DUI / drink driving clients ask us as they enter court “will I go to jail?” and our response is usually always “it’s a possibility”. We have yet to see a client jailed for DUI but have certainly been close!

A good starting point is to understand that Jail is usually always a last resort sentencing option for Judges and that Judges have many alternative options available before full-time imprisonment/custody. Some of these options include community service, good behaviour bonds or intensive correction orders.

To put this into context consider the following scenarios from some recent clients we represented for DUI:

Our client was convicted of his third drink-drive offence and to make matters worse, was on a good behaviour bond. The Judge was not impressed and almost jailed our client! It was only due to a number of subjective factors we submitted that the Judge instead -decided to put our client on an intensive correction order. So for the next 12 months, any further breaches of any laws or conditions of the order by our clients such as testing positive to alcohol or drugs mean he will go straight to jail. If this happens – our client will serve the remainder of the intensive correct order inside a prison. Jail is usually always a last resort sentencing option for Judges and that Judges have many alternative options available before full-time imprisonment/custody.

At the other end of the scale, take another recent DUI client of ours who is 22 years old and has never had any trouble with the law. Her blood alcohol concentration (BAC) was .09 which is mid-range and there is a nine-month imprisonment option attached for judges to consider. However, unlike our other client mentioned above, this particular client was considered to be of good character and instead was fined $1200 + convicted of the offence. If she is caught again for drink driving then her penalty will no doubt be more severe and could include jail.

Have you or someone you know been charged with drink driving?

With years of experience as a DUI Lawyer appearing in courts all over Sydney and New South Wales – give us a call on 02 8052 3322 to discuss minimising the damage to your licence.